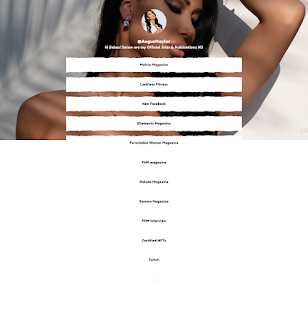 Her legal name was and still is: Michelle Anne Novacich, daugher of Karen Novacich

Why are these things being stated? Outing somebody?  Dropping dox?  No, it is MY STORY. Peter E. Tasciotti.  Look up my dox (docs) - I want you to.  Read it and weep.  I did.  It is an extreme tragedy.  But there is a silver lining.  If you want to think of this as outing or exposing or shaming or whatever, then you are wrong, because it would be impossible to do that to yourself.  ON THE CONTRARY, I have a right to tell my story, as difficult as it may be.  This Michelle, is the first-born and first daughter of Tasciotti, Movie Directore.

This adamant, earth-shattering documentary of real-life, with re-enactments based upon the true story, is entitled "The Legend of Finchville" more info click here --- http://www.milkyymedia.com/p/the-legend-of-finchville-milkyy-media.html

There is a prequel at https://www.youtube.com/watch?v=bHSDpIhGdxI

But herein I am going to tell you some more specific info and make statements in relation to Karen Novacich.  She is the culpable one here.  Why Karen Marie Novacich you might ask? Well I will tell you!

Karen Novacich is the callous person, the cruel, cold-hearted female who took it upon herself, not once but CONTINUOUSLY to break a family apart.  Not just the family (if she wanted a divorce, that's fine) but to break apart the bond between a father and child, a father daughter relationship. That is a sacred gift and a sacred responsibility.  Karen Novacich turned that from a joy into a total tragedy and nightmare.

The nightmare goes on today, even though I have woken up from it many times.  My life has had to go on and on and on, as it is obvious from my illustrious career.  Don't let that fool you though, I had to grow a hard shell and protect myself from the constant inner hell.

Yet let us not stoop to assume that the father, the husband, the male in this drama is perfect.  Not a chance.  I never claimed to be perfect in all ways; I have all the imperfections of any other human.  Join the club.   It's just that, even though I did some wrong actions and I am imperfect, it does NOT justify the cruel inhumane torture that was done to me for decades and continues to this day.  The anger and vengeance and passive-aggressive violence conducted by women knows no bounds.

It has gone too far, 15yearsGoneBy, then another 13 years, until now.  The tides have turned.  Enough time has passed and water under the bridge... we reach a time of reckoning now.  That the story can and must be told.  For healing, for understanding and Truth.  The battles and the injuring, maiming, continuously, are no longer hidden, it is not lurking in the shadows.  Not any more, it has to come out into the light.

Michelle Anne Novacich, come out into the light, from behind the failure of your cold, callous mother, Karen Novacich!

Always remember though, how much I loved Karen Marie.  Don't try to deny that.  Even I, who despise such a coward and criminal, I will not deny the love.  And she must testify if she loved me.  I know it from my own heart.  She loved me, I loved her, we loved each other.  Yet it went awry in the worst possible way.

The love we shared is LEGENDARY.  That is why the movie is called The LEGEND of Finchville.

I will be detailing the problem here, first.  For a long time, we are going to become clear and precise about the problem.  After that, I will offer the solution.  That is the key.  Just focus first on facing the cold, stark fact of the problem.

No woman should be able to have done what Karen Novacich had done.  She straight-up committed Parental Child Abduction.  She perpetuated this for over 15 year! Think of it!  How much damage can be done in FIFTEEN YEARS??  How much was Michelle Novacich brainwashed??  Did she even know she had a father, an actual father?  What was she told?  Was there any truth?  Probably not.  Most likely not.  Will Karen or Michelle ever talk?  Will they confess?

Or did Michelle's only father figure just rape her and sexually abuse her?  That's what happened.  That's what Karen Novacich allowed to happen!  When Michelle Novacich was a young girl, she was tainted, maimed, damaged emotionally and physically by a sexual abuser.  How many times? And by how many abusers?

That abuse is what happens when you destroy and remove a real father from the life of his daughter.  Then there is no real protector.  Karen Novacich you jumped out of the frying pan and into the fire!!  With the daughter, single mother jumps out of the pan into the fire!!!

What I mean by the metaphor is that Karen thought it was bad being with Tasciotti.  I will grant her that.  We will got back in time and examine that in detail.  The marriage was rocky and needed some repair.  But if Karen thought it was bad, if she feared the possibility of violence and danger to herself and "god forbid" violence towards baby Michelle, she was making a far worse mistake by removing Tasciotti from the equation.  By destroying the family and running away to hide, she threw them into the far worse danger zone!  She put herself in a much weaker position.  Look at it now.  All the abuse and permanent damage she caused to happen to her beloved daughter. My beloved daughter.

Another way of looking at this, just to be fair: Michelle Novacich has done well for herself.  It seems that she is "famous for something".  She also seems to be financially successful.  Congrats to all who think that this was the best world that came out of it.  Who supports the rights of August Taylor and her mother Karen Novacich all those who would support such a controversial and shocking outcome??  Do you think this is the America and the world you want into the future of human civilization???  Is it alright with you?  Have your porn and child abuse and broken families all wrapped up into one???

On the contrary, I think not.  However, this is a work in progress; we are in this for the long haul.  The enemies of Love are going to find out. Stay tuned for more hard-hitting truth. 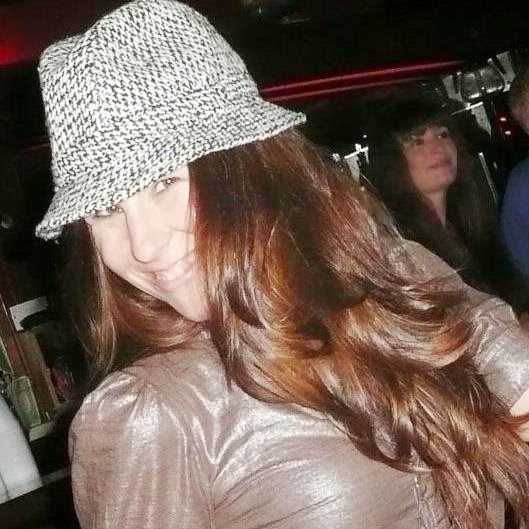